Home > The book Glamour for Goebbels

The book Glamour for Goebbels

The historical biography was published in Norwegian language November the 3rd, 2014, by Aschehoug Publishing House.

The beautiful and talented actress Kirsten Heiberg had already made a name for herself in Norwegian and Swedish theatre and film when she, at the age of 30, went to Vienna to act in a musical. Here she met the German film composer Franz Grothe, who was a Nazi party member, and married him after just a few months. The couple settled in Berlin, Grothe’s home town, and became stars in the new German film industry, ruled by the Minister of Propaganda, Joseph Goebbels. Kirsten Heiberg got several big parts and became major star in The Third Reich. She did not leave Germany until four days before the capitulation.
In 1951 Kirsten Heiberg returned to Norway, and in spite of her «antinational» past, she experienced a new blooming theatre career as «leading lady» at Trondelag Teater in Trondheim, where the former director Henry Gleditsch had been executed by the Nazis ten years before. However, in the long run it didn’t help Kirsten Heiberg neither to silence nor rewrite her background, and she was thrown out in the dark.

The underlying question in this highly dramatic story about a Norwegian actress’ life in Nazi Germany is: Can an artist be held responsible in society for the works he or she has contributed to? 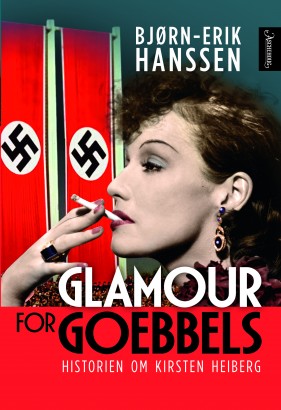